How do I set up abandoned cart recovery for Shopify?

Simply install the Shopify app and edit your opt-in widget. Next, create reminder messages that will be sent through Messenger when people abandon their carts, and a confirmation message with a receipt when people finalize their purchase and the cart is recovered.

Open rates, conversion rates and recovered revenue is tracked in the ShopPop dashboard. Here's what that looks like: 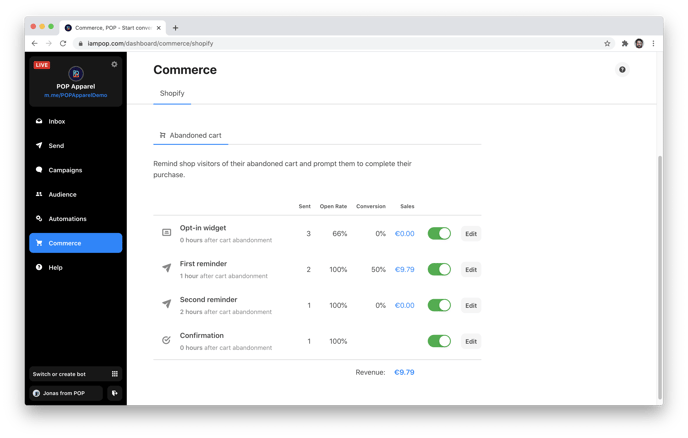 You can edit all four steps of the abandoned cart journey. The opt-in widget is a pop up that shows when someone adds a product to cart in the store. You can incentivize people opting in and send them a message in Messenger if you'd like:

Once people have opted in, you can send them two reminders. By default, these are set to 1 hour after the opt in and 23 hours after the opt in, depending on whether people have abandoned their carts. This is because Facebook Messenger doesn't allow for automated messaging after 24 hours of people's last interaction with you on Messenger.

Here's an example of what the first reminder in Messenger looks like by default: 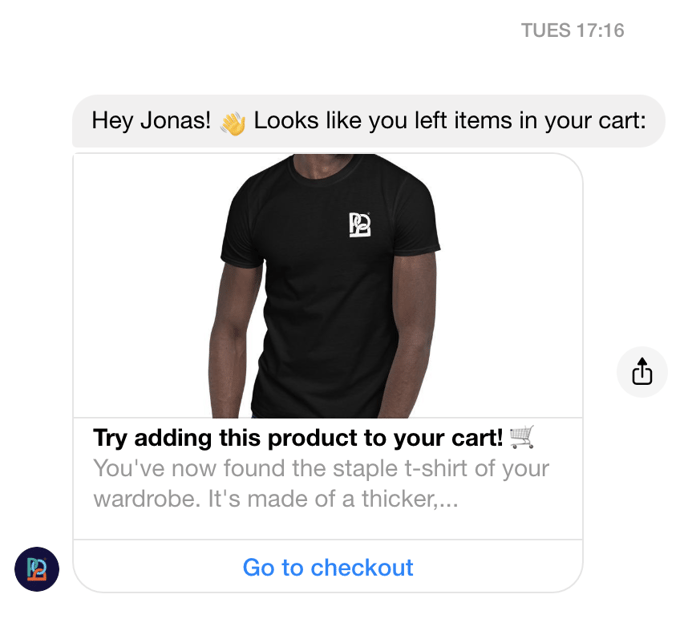 Recover lost revenue on autopilot and open a direct channel for support in the meantime. Make sure you keep an eye on your ShopPop Inbox to answer any incoming questions.

Need help? Send an email to hello@shoppop.com and we'll help you get set up.